Skip to content
Follow Angry Workers of the World on WordPress.com
Posted on September 9, 2014November 5, 2015 by angryworkers 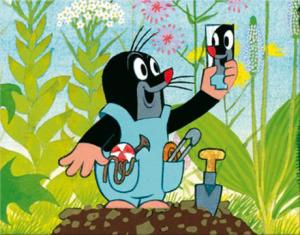 Although this meeting has been initiated by comrades active in AngryWorkersWorld (London/UK) and Workers’ Initiative (Poland), this is no recruitment drive. This meeting is an open forum for comrades who, coming from an anti-statist revolutionary perspective, want to debate the changes and experiences within the working class in order to sharpen our understanding of how we can best support workers’ self-organisation. So far friends from five different towns in the UK will make it to Liverpool. We hope to be able to organise this type of gathering bi-annually and to continue debate and exchange between meetings.

We encourage people to prepare short local reports, which detail the developments of austerity and important local struggles – you can find a questionnaire for a rough guideline attached to the schedule. If possible we would like to circulate these reports together with the minutes of the meeting. Below is the proposed schedule and reading-list for the meeting – still open for alternative suggestions. It would be appreciated if comrades would volunteer to prepare short inputs for particular points of discussion.

The accommodation is close to the town centre, cheap and basic (there will be a roof over our heads, but if possible bring carry-mats and sleeping bags). We haven’t arranged childcare for this meeting, but if needed, we will try to arrange things for future gatherings.

If you are interested in taking part in the gathering, drop us an email:angryworkersworld@gmail.com

* General introduction: We would talk about why this meeting has been organised and what the general aims are. Together we could discuss our expectations.
* Personal introductions along with short reports from our areas, what we’ve been up to.

(WHY) IS DEBATING THE ‘PHASE’ A PRECONDITION FOR DISCUSSION ABOUT ORGANISATION?

* General introduction: Why are we discussing the current ‘phase’ of crisis, restructuring and class struggle? We think we have to understand a) the objective constraints of the ruling class and their scope for manoeuvre; b) the objective divisions within the working class; c) the limitations and potentials of current struggles in relation to this objective framework; d) based on which we can discuss the question of ‘organisation’ and ‘strategy’.

The discussion about ‘the phase’ entails a discussion about the relationship between theoretical (do we need a ‘crisis theory’?), empirical (how should we deal with the flood of information?) and practical work (what would it mean to have a ‘strategy’?).

Suggested reading: Tribe of Moles, Sergio Bologna – As an example of an effort to understand a dramatic shift in the political regime, within the movement and within the composition of capital and class.
(https://libcom.org/library/tribe-of-moles-sergio-bologna)

CRISIS AND STRUGGLES IN THE UK

* We would give a brief summary of how we see the current stage of crisis in the UK based on an update of the text we wrote:
http://www.libcom.org/blog/never-mind-bankerssome-thoughts-uk-crisis-06052014

After this general input we would like to go through the following sub-points. We could draw on the local reports in more detail here! We also encourage comrades to prepare concrete inputs, e.g. about the current developments regarding migration or a summary of the main struggles and strikes in the last half a year!

a) the crisis;
on the surface level it seems that anything the ruling class tries in order to stabilise the financial markets at the same time blockades the necessary restructuring of ‘industrial’ capital; this also expresses itself in different political ‘factions’, e.g. regarding the relation between the UK and the EU; the current GDP growth is based on house price inflation and depression of wages – in this situation the announced and predictable interest rate hike will have a further shock effect. For historical background we can discuss the article “The contested outcomes of Thatcherism in the UK”, by Alex Nunn – summary will be provided

b) the austerity regime;
we would like to focus on the question how the ‘economic onslaught’ of the austerity cuts relates to the decay of the democratic form, e.g. the way they imposed the new security law, the internal corruption of the political system; and how austerity is reconfiguring the labour market, gender and race relations

c) the condition of the working class;
on one hand we see deepening divisions within the class between workers of different generations, contracts, national status, mainly expressed in income, access to state benefits and home ownership, on the other side a massive expanding segment of ‘the working poor’ with very similar conditions – will this only translate into increased competition or where do we see a potential to turn the tide?

d) the nature of struggles;
the material divisions also surface as divisions between struggles: defensive struggles of the ‘core workers’, which do not include their outsourced, privatised, temp co-workers; struggles against zero-hour conditions, self-employment or the minimum wage often lack the ‘material power’ to push through their demands – where are the bridges between these two poles? This would include debating different experiences during the latest public sector workers strike; we would like to debate in particular strikes and mobilisations around the minimum/living wage, also given the fact that we have seen various struggles and campaigns in the US recently;

e) the situation of the left;
from TUSC electoral politics to ‘common ground’ demands like universal basic income – large parts of the left move closer towards establishment; a re-composition of the left will only happen once new experiences of participation in struggles come together with a revision of older theoretical assumptions – where do we see this happening and is it worthwhile to engage with them?

As part of this block we will discuss the ‘Scottish Question’ in more detail and based on local experiences.

WHAT IS WORKING CLASS ORGANISATION?

Apart from discussing ongoing developments we thought of having one block per meeting for more general debate, e.g. about ‘what is class’, the question of the state, our understanding of gender. For this meeting we propose to debate the relation between ‘workers’ struggle’ and ‘revolutionary organisation’.

* Short introductory presentation and then debate on the question: What is revolutionary organisation? – What is the relationship between historical program, inquiry, strategy and practice? We don’t have particular suggestions in terms of texts to prepare this discussion. But we would be interested to discuss our article on ‘organisation’, which we recently posted on libcom.

We also feel that it is necessary to confront these general thoughts with interpretations of the current stage of class movements. We suggest the following text which looks at the relationship between ‘street protests’ (after the square protests in Turkey) and workers’ struggles.

WHAT ARE OUR EXPERIENCES OF ORGANISATION?

We should try to contrast or sharpen the previous general discussion about organisation by relating it to our own experiences within organisations: what was their starting point, relation between theory and practice, practical use to struggles, internal dynamics, general development and limitation. The following list is incomplete, it only represents some of the experience of people who have confirmed their participation so far.

* Past and current experiences of organisation in the UK and beyond
– 1980s in the UK (wildcat etc.)
– The Commune
– Wildcat/Germany
– Mouvement Communiste
– Faridabad Majdoor Samachar
– Inquiry in Greenford
– Workers Initiative Poland
– Feminist Fightback

* Conclusions: current limitations, necessities and possibilities of organisation
– what is a ‘political collective’?: currently we see a strange division of labour between ‘Marx reading groups’ and ‘solidarity action networks’
– why and how do we go beyond the cyber-organisation (libcom, mailing-lists)
– how do we assess the situation of non-statist class struggle organisations in the UK, e.g. would it make sense to call for a common ‘struggle/organising’ conference?
– what is the relationship between local groups, isolated individuals and a wider ‘political network’
– practical use of ‘political network’ for understanding and supporting working class struggles

We hope that the preparations of the meetings will become a collective process and that the debate and exchange continues between meetings.

* Input and debate: what is the future prospect of this circle?

– short round of comments: how did people think the meeting went?
– individual capacities and needs
– what to debate in-between meetings and how to organise it / review on the aww-crisis-list
– preparation of future meetings, who and how to invite
– do we want to publish public minutes of meetings?
– do we want public local contacts for people to get in touch?

– coordinated strike visits and interviews with workers involved
– common quarterly ‘strike/struggle review’ (what were the most important struggles, how do we see the general tendencies)?
– common statements on specific issues where we want to intervene collectively (e.g. Scottish Independence, UKIP/Migration, guaranteed income debate, the intersectionality debate)?
– other interview/research focus, where it might be good to have interviews from different towns concerning common question (e.g. logistics workers outside of London)?
– leaflet for the 18th of October TUC demonstration – other concrete happenings?
– other agreements till next meeting?

The following is just a rough framework for local reports. It would be good to have a short written report for further circulation together with minutes of the meeting – obviously only after double-checking with regards to anonymity and general risk-assessment.

* What is the broad ‘sociological structure’ of the local working class?
* What were major shifts in this constitutions during the last three decades?
* Are people leaving town and/or are there new arrivals?
* How important are ‘communities’ and how are they constituted? Are there / have there been conflicts?
* Did anti-migrant propaganda (UKIP) or other divisive politics gain grounds?

* What have been the most important ‘social struggles’/strikes in recent years?
* What about the structure and social presence of the unions?
* What was the dynamic/turn-out of the last public sector workers strike? Around the NHS?
* Have there been any struggles around the minimum wage, for higher wages?
* What were other ‘conflicts’ in town, e.g. against urban re-development, and who took part?

* Who constitutes ‘the left’ in your town and what are their main activities? Has this changed over the last two years?
* Has the relation between the main left and ‘state/electoral politics’ changed (e.g. how did TUSC fare)?
* Have there been mobilisations of the left or the unions against the cuts or other crisis impacts? How did that go? Who came? How do these ‘alliances against the cuts’ relate practically to the local working class?
* What are experiences of ‘solidarity network’ type of activities (e.g. coalitions against poverty) and do they ‘work’?
* What is the general condition of the ‘revolutionary milieu’?
* Are there social-cultural activities, such as squatting, DIY concerts etc.? Have they changed during recent years?
* Are there any new ‘discussion groups’ or other forums of exchange?

* Where do you work or study?
* What were your own political efforts and experiences in the last two years?
* How could a ‘wider coordination’, such as this type of meeting, relate to / be helpful for your activities ?

View all posts by angryworkers